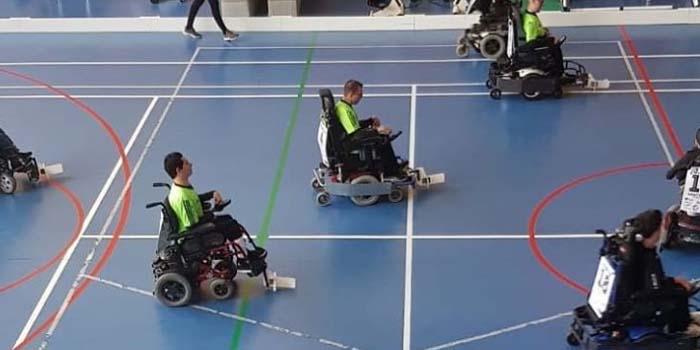 Draw in the derby between Black and Green

This Saturday, March 30, the second of the matches of the Catalan League corresponding to the fifth day of wheelchair hockey was played with the clash between our two teams, with a final score of two goals between Black and Green Team.

The pavilion of the Guttmann Institute of Badalona hosted the match between the two teams, a very even match during all the minutes of play and where the players Arnau Camps (Black Team) and Gerard Aroca (Green Team) were the scorers of the two teams. The result at halftime was equal to one goal. In the second half, the Green Team took the lead on the scoreboard but, finally, the Black Team managed to score to end the match with a two-goal equalizer between the two teams.

The matches corresponding to the sixth and final day of the Catalan League are played on Saturday 13 (ADB Barberà against DRACS CEA Black Team) and April 27 (DRACS CEA Green Team against Comkedem).

Catalonia, champion of Spain of the Autonomous Communities

We already have web for next international tournament