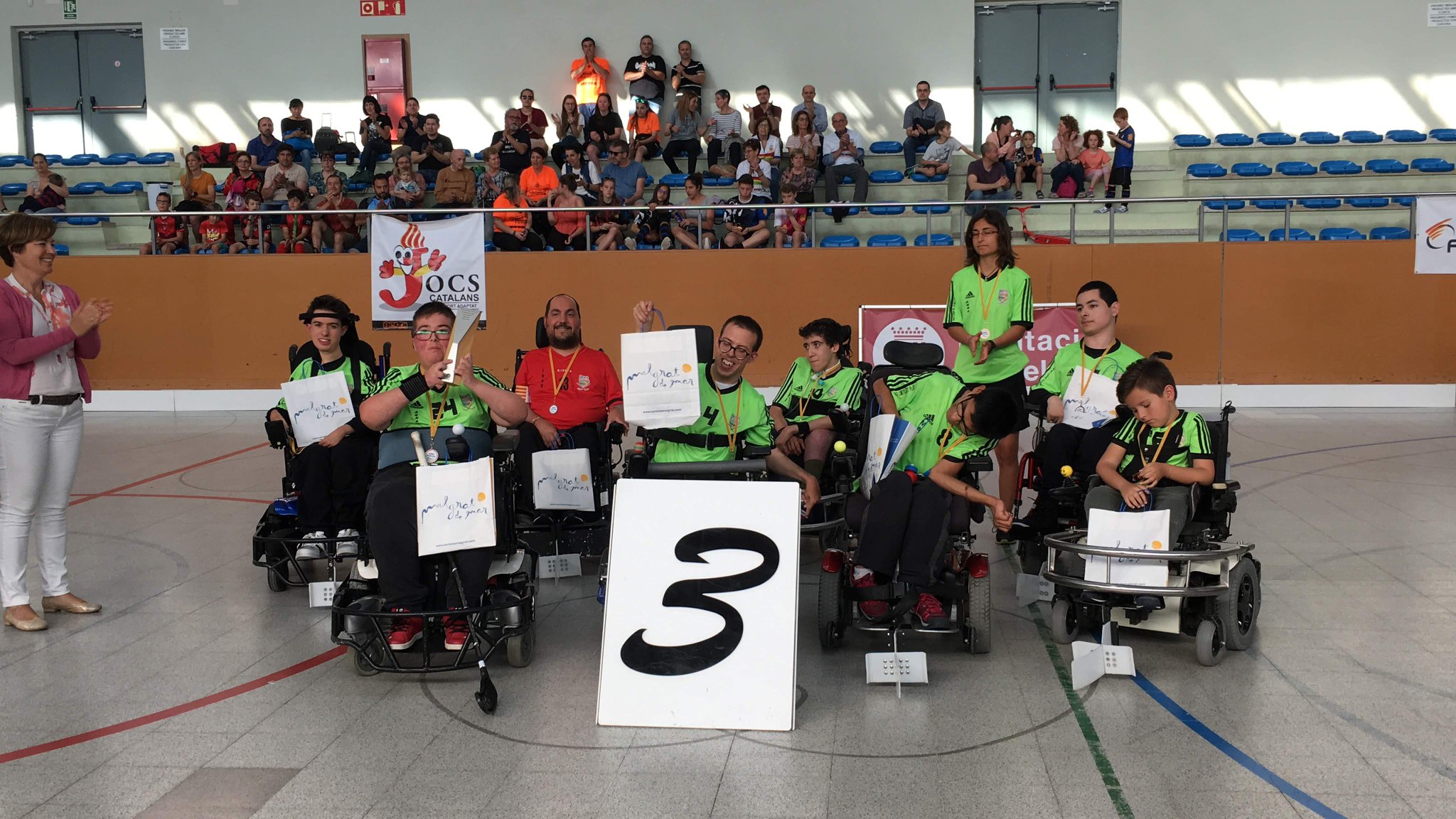 This Saturday, June 1, the Catalonia Championship of powerchair hockey was held at the Malgrat de Mar Municipal Pavilion, a triangular tournament between the teams, ADB Barberà, DRACS CEA and the Comkedem, a tournament framed within the competitions of the Catalan Games of adapted sport.

The first game that played the DRACS CEA was against the loser of the first game, the Comkedem. The game was the most even of the competition, DRACS stood up for the first half, at the halftime the score was 5, in the second half, therefore a partial from 1 to 6 favorable to Comkedem decided the match.

The last match of the Championship of Catalonia was played by the DRACS CEA against ADB Barberà, a game dominated by ADB but never with great differences to the scoreboard, the result halfway favored the ADB by 3 to 1. In the final straight of the game and, with the entrance of Asier Sánchez, the ADB Barberà managed to leave in the mark until 9 to 3 final, proclaiming itself in this way champion of Catalonia powerchair hockey.