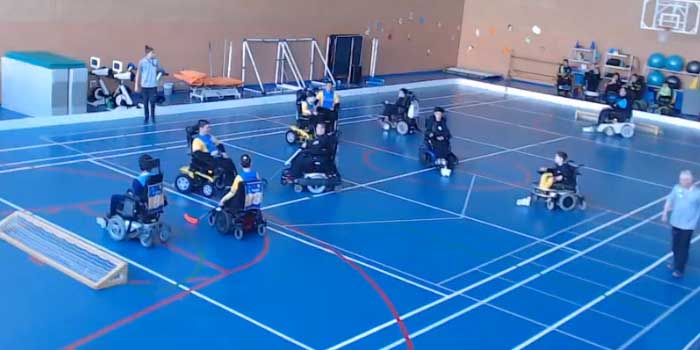 This Saturday, February 23, the two games corresponding to the 4th round of the Catalan League of electric wheelchair hockey were held at the Guttmann Institute of Badalona with victories for the ADB Barberà and the Comkedem.

The first game of the day, played at 10am, faced the DRACS CEA Green Team against ADB Barberà, with the final score of 1 to 13 in favor of ADB Barberà. In the second match of the day the DRACS CEA Black Team played against the Comkedem, a very close match during the first half, with Comkedem’s final victory by 2 to 9.